Figs in Israel
by Wayne D. Turner
From BibleTrack
Copyright 2004-2008

It has been suggested by Bible skeptics that Jesus was unreasonable to expect figs on a tree in March as seen beginning in Matthew 21:12 and Mark 11:11 (see notes). In these parallel passages, we are told that the tree cursed by Jesus had leaves, but no figs. You will find a myriad of theories from Bible commentators explaining this occasion - many of them incorrect. This article is designed to give an accurate and definitive answer that should serve to satisfy the Bible skeptics, commentators and students.

The primary shortcoming of many articles and commentaries on this subject is the failure to recognize the vast number of fig species in the Mediterranean region. It is true that some of these species only bear figs in the fall, but some bear fruit twice each year - spring/early summer and fall. When Jesus cursed the fig tree, it was late March, just prior to the Passover feast. The location was just outside Jerusalem. Thanks to a resident of Israel who wishes to have his identity somewhat protected (his initials are "ALS"), the following photos are provided by him of a fig tree growing outside his apartment in Jerusalem at four different times of the year. There are two pictures provided by him of March figs - one in 2004 and another in 2007. The photographer's comments may be found on the "Ancient Near East" forum at <http://groups.yahoo.com/group/ANE-2>.

Following are the pictures taken by ALS demonstrating two different fig-yielding seasons of this particular species of fig tree in Jerusalem. All of these pictures are of the same fig tree. Based upon these photos, one can confidently conclude that figs should have appeared on the tree in March just as conveyed to us by Matthew and Mark. 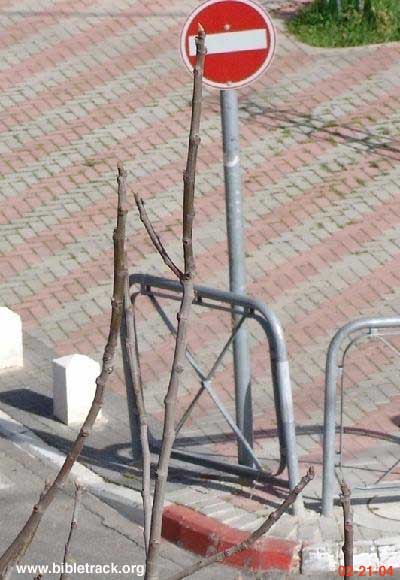 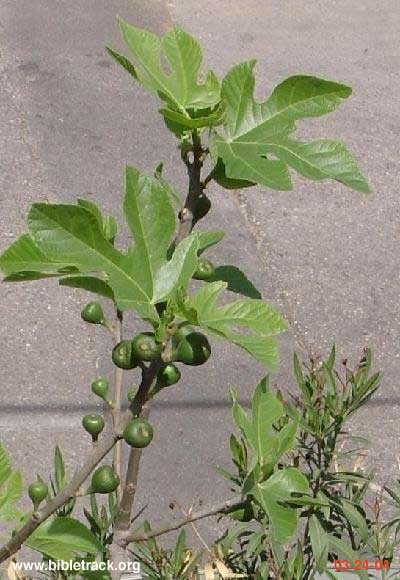 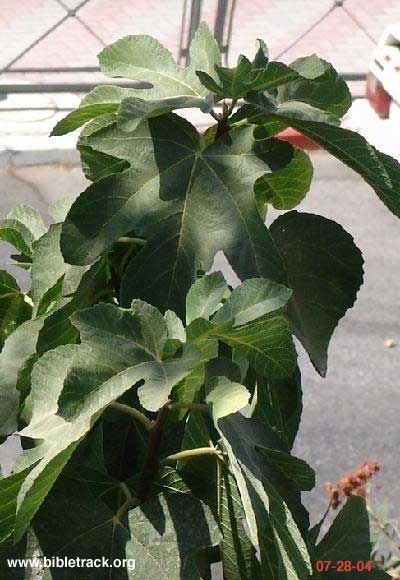